I live in a small village in Germany, walking distance to the French border. Among the many things I’ve learned from living here is how rich some of these little ‘dorfs’ really are, and how they came about their money.

First of all, many of the houses were literally built by hand. Most of them were built around the time when there was a war going on. People owned acres of land, as, back then, they had gardens and farm animals that they were dependent on for food. 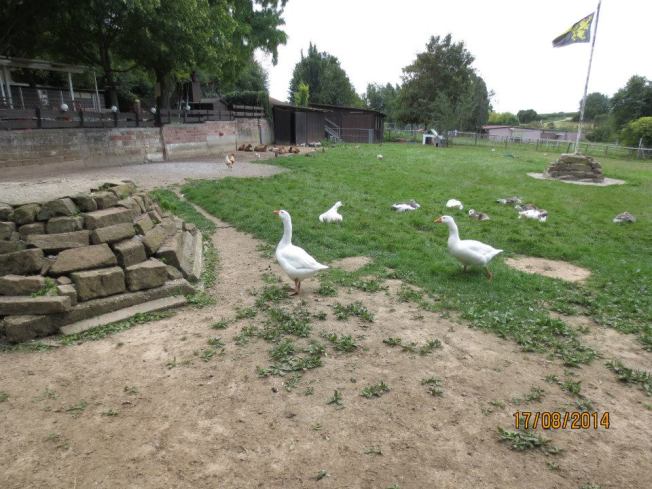 They had their roots and their families all in one place, and therefore, they met and married their spouses that were from the same or neighboring villages. The children became automatic heirs to the houses and land when the parents died. Therefore, most married partners would each come to the marriage with a house and land. Or, if they had siblings, they were bought out of their share of the estate if they chose to live in their spouse’s home instead. If two houses were owned by the pair, one was generally sold, or they kept it for their children to eventually move into once they were of age.

These old traditions have carried on and continue today. which makes people who live in small towns quite wealthy in assets. They don’t necessarily all have well-paying jobs or high incomes, though. Quite the contrary. Most women only work a 20 hour or less workweek – especially if they have families. In Germany, if you have a part-time job and work more hours than you are supposed to, it’s considered overtime. Kind of weird to be working overtime when you work 21 hours, but that’s what they call it. Another bonus is that a woman with a child under two years doesn’t even have to work if they don’t want to. They receive money in order to be able to stay home and spend those important years with their child. Since many of them own their homes and have money from their inheritances, they can live comfortably this way.

The downside is that they only understand life in a small village. Arguments among neighbors can be over petty things. Living elsewhere, you learn to overlook certain things, or even just let things go, because you don’t want to get into a dangerous altercation. Germans do love to travel and see the world, but there is no place like home. They believe that life in other places is like what they see on TV. They think all Americans have tons of money. They also think they are open and friendly. Which is true, for the most part. However, they have no understanding of the hardships people face and how hard it can be to survive.

Who knows how much longer Germany can continue to thrive? Although people have been pretty much enjoying a good life, the future of Germany is looking a little bleak at the moment, with the large number of refugees moving in. Many old customs will have to change. If old German villages are able to hold on to what they have, they could succeed. More likely, though, it will be out of their control.