I am sure that you were told by your parents or other adults when you were younger that you had to stay away from certain people because they were bad influences. Well, I’ve come to find out that that is true, actually. I just wish that I had known then what I know now. However, no amount of what my parents did to try to keep me away from certain friends or relationships didn’t work. In fact, it became more intriguing and made me want to do just the opposite.

For the most part, I hung around with a decent crowd. But then I met that one friend who liked to shoplift – and then taught me how to do it. And it was fun. Fortunately for me, I was too worried about the consequences of being caught to do it for very long, and made up my own mind to stay away from that person.

Then came the romantic relationships. I tried my best to take interests in the habits of my men-friends. It didn’t always work out. For instance: I gave up meat because my first husband was a vegetarian. That only caused me to become fat because I ate a shitload of pasta. There are lots of small things, too, like trying to like a certain type of music that they listen to; dealing with certain friends of theirs that you really don’t like; watching sports that don’t interest you. On the other hand, you do expand your horizons and learn new things. Sometimes you might even find you enjoy these new things. 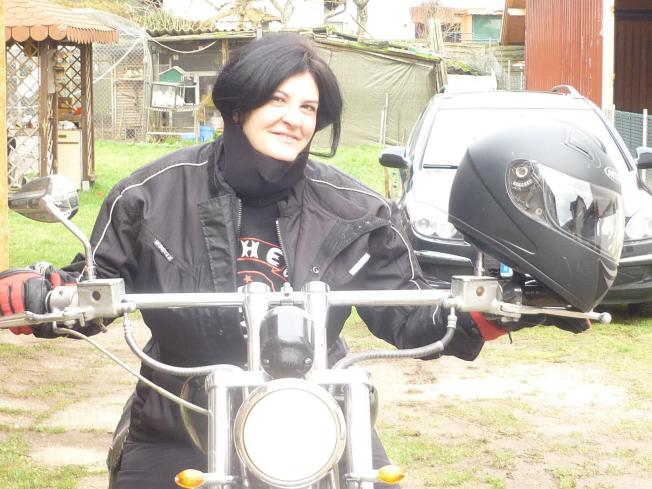 My second husband, who I’m currently married to, is a biker. It is a whole new world that has opened up for me. We travel and go to lots of parties, which I can say is something that I have been able to take an interest in. Except for all the late nights – they seem to take their toll on me. After all, I’m no spring chicken anymore, you know.

I’d like to think that at some point I’ve influenced some people to be like me. I am aware that a lot of my interests are mine alone, and that not everyone shares in my choice of music. But I can be pretty fun to be around, if I do say so myself. My diversity and love of life would be something that I would like to bring to and leave behind in every relationship that I have.